The EcoMATIC system is often used for controlling a filling circuit combined with several stable circuits. This can all be controlled by just one EcoMATIC computer.

In short, the EcoMATIC feeding system is equiped with the complex technics of a computer-controlled feeding system, but financially more attractive, because the mixing and weighing devices can be left out. 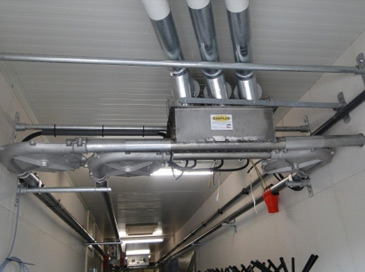