However, this has not yet found the solution to the manure problem, given the fact that the amount of manure is not reduced but increased by this application. Various organizations seek publicity with initiatives. This results in a response where results and forecasts are seriously questioned. In addition, there are initiatives in which financial interests play a greater role than actually solving the manure surplus. This leads to reticence among livestock farmers, which is not good for the sector. 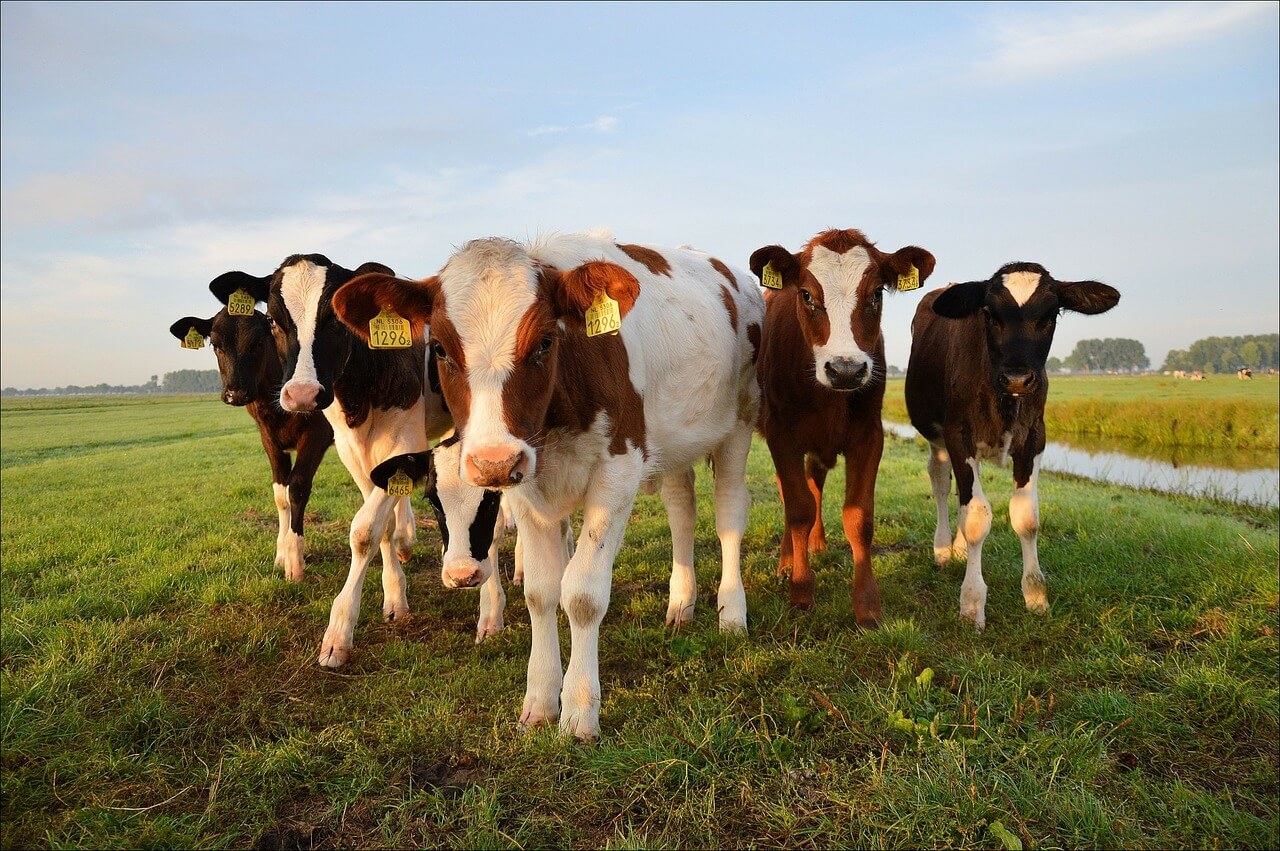 We are currently the only party in the Netherlands with an organic manure processing installation. The installation distinguishes itself in particular through the use of sustainable innovative elements and a fully automated system with sampling, control moments and a unique control system, which allows the installation to perform optimally with minimal energy consumption. That is the strength of this installation and an important condition for the future of the system.

We want to further develop the current installation in the coming years. The residual flows are given priority in this regard. The liquid fraction can be even cleaner, while the thick fraction can be further processed to make it a useful soil nutrient. The transport of manure must also be minimized, for example by not transporting millions of liters of water throughout the country, but by separating the water on the farms directly from the manure. 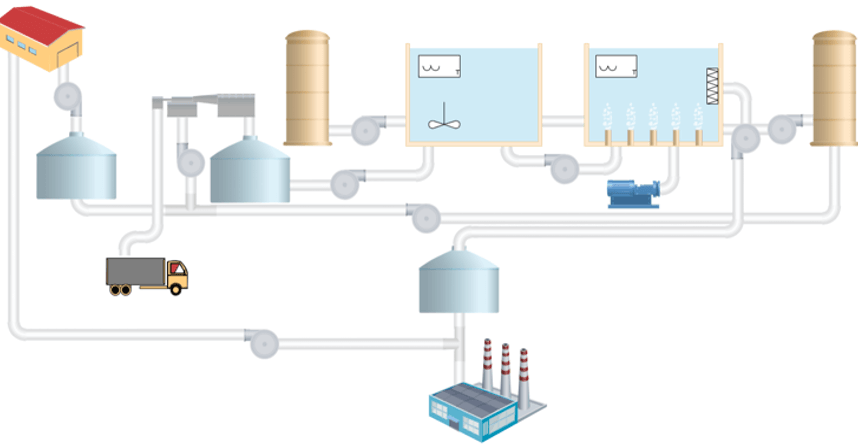 Water boards and municipalities in the Netherlands are increasingly thinking along to solve the manure problem. While a few years ago these government bodies were still unsympathetic towards the discharge and processing of manure, they are now trying to come up with a solution. To promote the cooperation of government bodies, the verifiability and results of the agency are very important. When our biological manure processing installation is further developed on the above points in the coming years, it will have lasting added value for the agricultural sector.

The biological process, in which the ammonia is converted into harmless nitrogen gas, takes place in the manure treatment. The biological processes that take place in our  manure processing are ammonification, nitrification and denitrification. These are natural processes that also take place within the nitrogen cycle in nature. In these processes, organic nitrogen and ammonium (NH4+) are converted to nitrate (NO3-) and then to nitrogen gas (N2).

Ammonification is the process in which organically bound nitrogen is converted into ammonia (gas). By using our flushing system, ammonification is prevented, so that less ammonia is formed and therefore emitted. The ammonia that is still formed is largely converted into the dissolved form, ammonium (NH4+), as a result of diluting the manure. As a result, our barn system ensures a reduction in barn emissions.

The effluent mainly contains salts. In addition to the salts, nitrogen and organic matter are still present in small amounts. However, these values ​​are below the imposed limits of water treatment plants. In previous projects, the permits for discharge into the sewer were thus obtained. In addition, the presence of Kali makes this liquid a good soil fertilizer.

Kamplan is a technical company and this knowledge has also been emphatically applied in the biological manure processing. It is an automated computer controlled system that can be monitored from Kamplan and on location at the customer. For the automation, we use our own written software system and we implement innovations in the operating system with our own specialists. The VNC viewer and Team viewer programs are used for monitoring.

In addition to computer control, we apply our knowledge of pump and control technology to this system. We ensure the optimal functioning of the system by means of various pumps and sensors, depending on the process conditions. In addition to pumps, other special techniques are used in manure processing.

The extraction of the odorless water takes place using a Membrane Bio Reactor (MBR). This is a combination of a bioreactor and membrane filtration. The effluent is extracted through the membranes with the aid of a pump. The MBR separates the bacteria from the liquid after the nitrogen in the liquid has been converted. This creates an odorless liquid free of bacteria.

The Total Circular Farm Concept (TCFC) is a combination of a flushing system in the manure pits with the existing biological manure processing. This innovation was developed within Kamplan. Due to the experience and close contacts within the agricultural sector, the importance of our system has become even more apparent. Not only the manure surplus is a problem, but also the emissions from and in the stables. With the TCFC, both problems are tackled to a large extent.

The TCFC is an automated, measurable and circular system. The system is now being used for pigs, but we are also busy developing a comparable system for cattle. At the TCFC, the manure produced is separated into a thin and thick fraction. The thick fraction is deposited and the thin fraction is also processed in biological manure processing by means of the nitrification and denitrification process. Due to this conversion and the extraction with the MBR, an odorless and largely nitrogen-free liquid is extracted from the manure processing. In contrast to the usual manure processing, this liquid is added to the manure pits in the barn by means of the flushing system. The manure is collected in this and then re-added to the manure processing system. With this innovation 85% of the ammonia emissions in the stables can be reduced. In addition, the formation of greenhouse gases is prevented and odor is reduced by 60%.

When our TCFC is further developed in the coming years, it will have lasting added value for the agricultural sector. For example, the residual flows can be further processed into fertilizer substitutes and the system can be further optimized.

Applying the TCFC has various benefits for humans, the environment and animals. Starting with the main benefit for humans, the reduction of odor nuisance. By applying this barn system, a minimal odor reduction within the barn and therefore also to the environment of 60% is achieved. It is therefore also good for the environment when a farmer switches to the Kamplan system. It also provides security for the farmer. By processing manure, the amount to be sold is reduced by approximately 80%. As a result, he can always dispose of his manure and the sales costs will be lower.

Finally, another important advantage for the animal. As mentioned earlier, the ammonia emission in the barn will be reduced by approximately 85%. This promotes a better living environment for the animal.

In order to bring an economically profitable product to the market, it is necessary that the investment can be recovered. The revenue model of TCFC is the decrease in sales costs. In addition, a farmer can place a central manure treatment on his land where not only his own manure but also that of surrounding companies is treated. The buyer of the manure can purchase the manure for a fair price and in this way set up a revenue model. 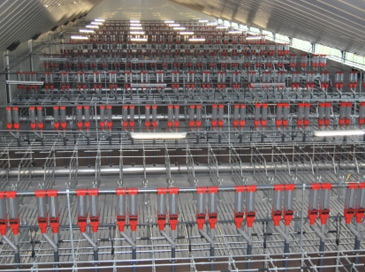 Kamplan is dealer of AZA dryfeedingsystems for more than 35 years now. AZA is inventor of the cable transport system. The AZA transportsystem has frequently been copied over the years, but the quality of AZA has never been equalled. Lees meer over brijvoorsystemen